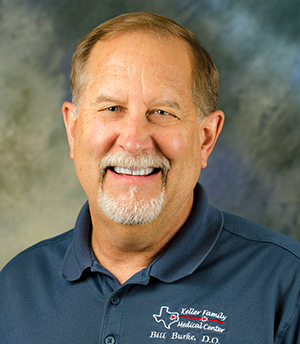 Dr. Burke has been caring for patients at his Keller practice for over twenty years.  He received his undergraduate degree from Texas Tech and graduated in 1982 from the University of North Texas Health Science Center. His Curriculum Vitae is also listed on this web site listing his other accomplishments.

Dr. Burke and his wife Beverly reside in Keller.  They have three grown children and four grandchildren.

Licensure and Board Certification: